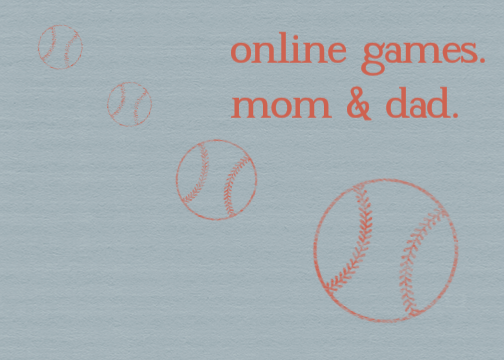 For Mom and Dad…

Have you ever wondered what your child was rambling on about at the dinner table when he or she started saying things like “VR” or “RPG”? If so, you’re not alone. “VR” and “RPG” aren’t new text messaging acronyms – they’re acronyms for gaming and this article is going to introduce you to some of the more common forms.

If you at least thought of the Internet when you heard “VR” or “RPG” however, you’re on the right track. Exclusive to the online environment, “VR” or “RPG” – which consequently stands for virtual reality gaming and role playing games – are just two aspects of a gaming world gone wild. The days of playing scrabble in front of the fireplace are over in today’s generation, but we don’t believe you’ll hear too many people complaining about it. Today’s generation is fascinated with online gaming – an opportunity to play games over the Internet with hundreds of people at a time.

Available to anyone with a computer and fast Internet connection, there are thousands of online games available to play by anyone… sometimes free and sometimes for a fee. They range from the familiar family board games to strange and more complicated games which require a hundred page manual to understand. One thing that they all have in common however is that they’re fun to play.

The most common type of online game you’ll probably run into is the Flash game – usually located on educational sites or Yahoo! for Kids for example. These games may or may not involve other players, but they’re always full of color, they’re fast to download, and they’re fun to play. Since they run inside the web browser, no special equipment is needed. These are the simple games – more intriguing than checkers, but no more difficult to play than chess.

Another type of online gaming is more violent than the ones we described above and it’s similar to the “shoot-em-up” type games found on the first Nintendo and Playstation systems. Designed from the first person’s point of view, the player typically maneuvers around the screen as a weapon-clad hand – periodically changing weapons as the game’s scenario permits. The violence in these games vary from mild to offensive, and as a parent, you’re cautioned to monitor your children’s access to them – especially since these games are played online with other people.

Next, in terms of complication or violence, comes the virtual reality gaming and role playing games that we introduced earlier. These types of games require an extensive amount of time spent online since players assume the role of a game character in play. Players work hard to build up an inventory of weapons or skills – none of which can be accomplished in a period of thirty minutes or less. They then go on to interact with other characters which extends game time even longer (if it even stops). Both virtual reality gaming and role playing games require and encourage strategic thinking, but as parents, you may not be comfortable with the violence that’s prominent in some of these games. Nor may you be comfortable with the amount of time that playing these kinds of games can consume. Depending on the complexity of the game, any one person could spend at least six months at a game and having access to thousands of other players simultaneously doesn’t exactly make them easy to walk away from.

Our best advice is to learn about these games right along with your child and make the decision to play them (or not play them) together. You can find some helpful advice about making computer decisions with children in our article entitled, “Protecting Children Online.”